Meetings: 7:30 P.M. on the 2nd and 4th Wednesday of the month except July and August.

The history of Babylon Lodge No. 793 begins just before the Twentieth Century, in the year 1887. A group of 22 men, living in the area of Babylon, petitioned Grand Lodge to create and form a new lodge. In this year the Village of Babylon and the County of Nassau were not in existence (the village was founded in 1893 and the county in 1898). Under dispensation these men met in the third floor of the Willetts Building, located on the southeast comer of Main Street and Fire Island Ave.

During Babylon’s growth they had the support of a local newspaper which always displayed the lodge in true Masonic light. That was because the owner of the paper was their own second Worshipful Master, Henry Livingston.

In 1890 Trustees were empowered to lease the upper floor of a proposed new building to be erected on the north side of Main Street. The first meeting in the new Lodge Room was held on April 1, 1891 . In March 1910 the Lodge purchased “Halcyon Hall” on Deer Park Avenue, the name by which the building was then known, for $6,000. During their many years in this building the brothers continued to improve the surrounding for the enjoyment of the brethren. In 1951, Mr. Erastus Munson gave 100 feet of frontage on Montauk Highway, free and clear. A joyous celebration was held in 1958 when the cornerstone for the new Temple was laid. In 1961 Miss. Julia Livingston bequeathed $50,000.00 to the lodge; with these funds the Lodge owned the Temple free and clear of all debits. 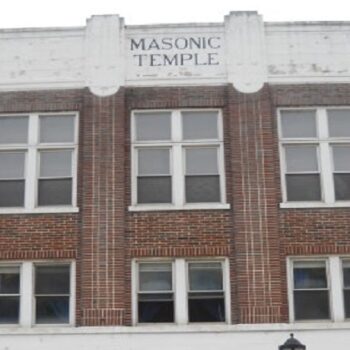 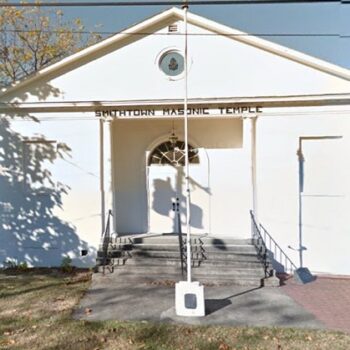